Oops She Did It Again! > Beauty and the Frog

Beauty and the Frog

Beauty and the Frog

The story of `The Princess and the Frog`1 is well known in Freudian circles because, in the tale, the frog is kissed by the princess and becomes a prince. It`s a paradigm of development in the sense that the frog is the penis and the woman has developed it. She is the Creator`s Producer`s Product – Civilization. But schoolboys, taught to be `brave`, like to dissect frogs in order to impress girls with their callousness, thereby encouraging the girls to develop callous disregard for themselves. In other words, the princess is the frog that the prince wants to dissect and he encourages her to understand him. Jesus upon the cross is a similar psychologem. Girls are encouraged to sympathize with his predicament and understand men, whereas Jesus is anti-torment. BDSM is Woman`s further attempts to be understanding, whereas men who practise it are simply evil torturers condemned by God but women are taught by Christianity to help them. So they put themselves in Jesus` place and accept torture as their lot.

In psychological analysis, the personality is taken apart in order to examine a `problem`. Computer analysts work in the same way. 9/11 was, paradigmatically, a hacker`s attack on the USA`s defence system, a `Pearl Harbour` (1941) that relates to Japan insofar as Japanese Manga depicts Woman as a victim of sadism. The eyes of Manga babes are always Western, which indicates that Japan, as a country supported by its computer geniuses, views the USA and Western Woman generally as their chosen victim in revenge for Japan`s defeat in WWII (1939-45). 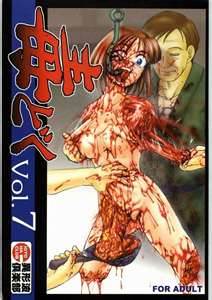 The `Big Apple` is the city of Eve and Woman is the target of Arabs who cannot bear to look upon Woman in their own country and have them wear a garment called the `abiyah`, which covers everything but the eyes. Western Woman is the target. In Japan Woman is told by Manga that she should be blonde and look like Britney Spears (1982-) but with bigger and more vulnerable eyes. Then they torture her in sado-masochistic ways. It`s the schoolboy with the frog syndrome.. The young women who are not Western feel superior because this is the way their men want to treat Western Woman.

9/11 meant men don`t value Woman at all. The attack on New York in 2001 was encouraged by the USA`s support for hackers as potentially employable criminals and inviting them to test their defence systems. In terms of the `virus` paradigm, it was the US` preference for raids (for AIDS) rather than Woman.

God`s wisdom is Eve as the Paraclete that, figuratively, emerges from the side of Jesus when pierced by the spear of Longinus at the crucifixion before Jesus` Ascension to God. (Matt: 27.54) Jesus is the Second Adam and so the Paraclete is Eve who emerged from the side of Adam. Her wisdom is the acceptance of `God`s love` in order to have Redemption, that is, the new heaven and Earth given by God in Revelation after Jesus` victory with the Sword. Jesus prepares for this. Don`t torture people because, if you do, you`ll go to perdition, which is eternal pain and unendurable, and he`ll send you there with the Sword. In other words, Jesus does not encourage BDSM, sodomy, and AIDS, which is not what women are encouraged by the paradigm of Jesus on the cross as the Redeemer to nurture. They are encouraged to understand that they should emulate Jesus and be tortured by men.

The attack on the `Big Apple` was an attack on Woman as the Creator`s Producer`s Product as Eve – the Holy Spirit in all of us that produces the art, culture and literature of the planet. It is Saddam and not Adam that attacked her, which suggests the antithesis of God`s love, and that`s anal sex because it doesn`t produce anything except AIDS and death. It`s the reality. Irrespective of whether or not homosexuality is the cause of AIDS, sex transmits it. Homosexual`s are sterile, so that`s all they are: death transmitters. That`s why God tells Eve that there shall be eternal `enmity` between her `seed` and the serpent`s. (Gen: 3.15) To the 21st Century, Saddam Hussein (1937-2006) represents what God destroyed in the Bible, that is, Sodom (Gen: 18,19), and denotes what men did to Jesus, which is sadism. In other words, Saddam was the dragon of Revelation waiting to devour the child of Woman (Rev: 12. 1-18), which is the future, and homosexuality is the 21st Century paradigm of `death transmission` because it`s men`s intention as a virus: their `systems` say so.

Does the work I`ve saved have a virus and will it be unreadable tomorrow? Yes, if someone has given me a virus. The Twin Towers was a paradigm of homosexual behaviour. Be polite. Hijack aircraft, employ them in a `civil` way and crash the system by disguising your `wrong orientation` long enough to take your penis out of each others` asses and stab the Woman in the back.with it. That`s why terrorists are assassins. They`re in each others` assholes because they want AIDS and death and they don`t want Woman.

Men are schoolboys with frogs, because they dissect what is beautiful in order not to put it back together. This is not the psychologist`s paradigm of examining the component parts of a personality in order to put it back together as a holistic totality, but it is what computer analysts who are hackers do. The Egyptian myth of Osiris,2 and the Christian story of Jesus are paradigms of this form of attack. Osiris is dismembered by the evil set (Set) because he is Ra, that is, God in Egypt. But he is restored or remembered by Woman (Isis). Jesus on the other hand, is crucified because he`s born of a virgin and `complete` without their input, as it were, so they want to dismember him in order to demonstrate their `humanity` in defiance of Woman and God:

In the past tense. Jesus is, in effect, their `frog`. He doesn`t have a penis, but is an eternal virgin to sadists who perceive his womanless state as the basis for his self-torment which they want to realize for him. Isis, in the Egyprian myth1, can`t find Osiris` penis when she collects the other parts of his body. Consequently, the penis is important because homosexuals want to prevent God from being remembered (the Osiris paradigm of dismemberment), so they advocate celibacy (the crucified Jesus paradigm) without Woman to remember God. Torture is their paradigm. They don`t want Man to have Woman, because they prefer to be schoolboys with frogs.

Woman and Civilization is the beautiful creation that has been produced from the Princess Eve`s kissing of Man`s penis (frog) which, in the psychology of Carl Gustav Jung (1875-1961), is her source of libido. For Sigmund Freud (1856-1939), libido is the spiritual energy that translates, for example, into the space rocket Apollo 11 that put the first man on the moon (Neil Armstrong) in 1969.

Civilization is the product of the `magic of God`, that is, Woman`s blessing of their penis (the princess` kissing of the frog), but men dissect what is beautiful to prevent it from having a penis (Isis can`t find Osiris`) or for having used the energy developmentally rather than sexually (Jesus is celibate and, in effect, never has a penis).

Effectively, Osiris is prevented from using his penis and Jesus is prevented from ever using his. Woman is believed never to have had a penis because that`s what evil men want her to believe, whereas in fact she has one. Osiris` name means `throne of the eye`, which suggests that Woman remembers Man by means of the eyes. She is the `teacher, guide, comforter and helpmeet` of Christianity, which is the Paraclete as the tutelary spirit to the pupils which are a man`s eyes. Isis is what is seen and Iris is what is learnt. The pupil dilates or grows larger when it is interested and the Iris changes with age. The pupils are wiser because they`re taught by the Paraclete which is in all of us. She is God`s love on Earth and we are the pupils that, accepting of God`s love and beauty, have Redemption. The new heaven and Earth of Revelation is Man and Woman become God through the remembering of love and beauty, which is what is seen by eyes taught by the Paraclete.

In Saddam`s attack on New York, the penis has developed into space technology, but is used as the most primitive of tools – the knife of the assassin - to stab Woman in the back, which is how the `serpent` moves up from giving her AIDS to being her assassin. First it analyses Woman`s system of development, then it kills her because it`s evil and she`s God. But God`s Woman has her own penis – as futanar. She is a distinct species and isn`t sterile without men who, for her, represent the `death virus`.

Many of the world`s elite special forces use the dagger as an emblem of their elitism, and the USA isn`t an exception; but it`s meaning`s the murder of God. Or, in other words, sodomy and stabbing the woman in the back.