Oops She Did It Again! > The Devourer

In the depth psychology of Carl Gustav Jung (1875-1961), the eye, ear, mouth and nose are connected with the four functions of consciousness, `Sensation`, `Thinking`, `Feeling`, and `Intuition` which, when differentiated, constitute enablement of the individual ego. Without this enabling, the individual remains unconscious, and subject to successive reincarnation, death and rebirth, without Resurrection in completeness of memory, which Jesus Christ`s Ascension to God signifies. The archetype of the enabled man is Jesus, who`s crucifixion is a symbol of men`s hatred of enablement. He is murdered upon a symbol of the four functions, the cross, and the reason why Jesus is enabled is because his birth isn`t contaminated by men, and he never marries. This means he`s free of contagion because men are an alien parasitical organism that uses woman as a host womb in order to periodically devour her by means of warfare against her art, culture, and civilization. 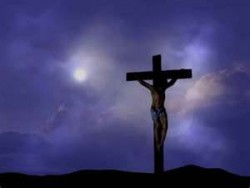 God`s product and producer is Woman, and in Revelation the red dragon waits to devour the New Redeemer because that`s what the plague of men do. In Revelation `the number of the beast is the number of a man`, because men account themselves men to the extent that they are devourers of Woman and her products in warfare, which is their culinary description for devouring appetites, punished by God in Revelation by eternal unendurable pain. Woman won`t be here, because she`s `hidden` for a while before she leaves to sow her seed amongst the stars in heaven by the New Redeemer, and there she fights against the `seed` of the serpent that is men and wins.

As a futanar, Woman has her own penis and is a species, so she never needed men who are described in Revelation as a plague that `play games` of degradation, which is a part of their devouring methodology as applied to Woman and her product, and these are their `plague aims`, whereas God`s `seven plagues` of Revelation are designed to be virus busters and convert Woman from the path of men`s degrading of them. Because men`s sterile activity of warfare and devourment is a sign of the anti-Christ, it`s for contagion, which Christ`s life was hermetically sealed from, and so disease is what men are. Sterility is also the mode of sexual gratification between homosexuals, and so men who are a parasitical virus upon Woman as a host womb are more resistant to their instinctual nature than others.

In Jungian psychology, the eye is associated with the`Sensation` function, because we want to touch what we can see, and that`s why men don`t want Woman`s penis to be seen; she`d be understood as a species. Even on her own website, she`s ghetthoized from having sex with Woman without a penis, so that the possibilities inherent in her being realized as a species are `censored`. 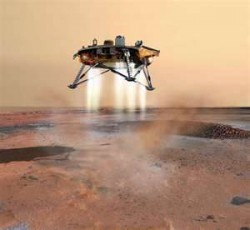 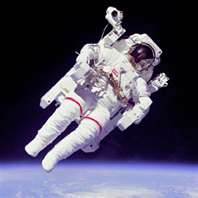 On Mars, Britney is Woman, who`s independent of Mars, the god of war, and a Venus who doesn`t need a man who looks like `a toe in a spacesuit`. He brings her a gift, which is symbolically understandable as the `heart of the ocean` from the 1997 Titanic movie, because of her question:

`But I thought the old lady dropped it into the ocean at the end?`

Kate Winslet drops the jeweled `heart of the ocean` into the sea at the end of the movie at the sight of the Titanic`s salvaging, She`s Rose, the woman painted nude by her beau and betrayed by her ex-fiancée, who arranges her new fiancée`s drowning as the Titanic sinks. Jesus` `Sacred Heart` is a similar symbol. He represents marriage (with men), betrayal, torture, and divorce/death. Rose feels that God has betrayed her love by drowning him, but Britney sends away the `toe` who brings her the heart. Effectively, she says, `Get toe.` Because the toe wants to make a ghetto of her:

I played with your heart.

Got lost in the game.

Oops! You think I`m in love.

That I`m sent from afar.

I`m not that innocent.`

The spaceman has come from afar. She  hasn`t. He`s lost, because he comes to find her. She tells him that it`s her heart he`s been playing with, and  that she isn`t innocent any longer. Her head rules her heart. Britney`s Oops I Did It Again is about the eye, which in Jungian psychology is `Sensation` and tangibility. Oops I Did It Again is about see but don`t touch, which is why Jesus said:

The eye and ear are connected in psychology, because the tutelary guidance of the Paraclete, which effectively emerges from the side of Jesus after he is pierced by the spear of Longinus at his crucifixion, is the voice that gives sight to the blind. Because men are anal, their spirit is evil, and so their voice would connect the eye to the anus, which explains their devouring psychology. The perception in Oops I Did It Again Is that Britney`s spaceman would ghettoize her, because `the toe has gotten her heart`, so he wants to devour it and her in a Jewish holocaust, or something similar. The `final solution` can be avoided if she can `get toe wise`, and avoid the `toe`, which is what Jesus said to it: 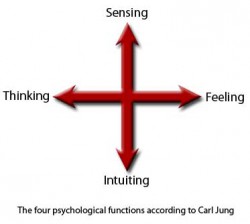 God`s producer and product, that is, Woman as civilization art and culture, is shit to be eaten. In other words, eye (`Sensation`), ear (`Thinking`), and mouth (`Feeling`) are connected to the anus. The fourth function, which is `Intuition, is associated with `smell` or the nose. `Intuition` enables the ego to perceive, in dreams, or through the mediation of unconscious contents of the psyche. The mediator is God`s Paraclete as `tutelary guide` which, in Jungian psychology, is termed anima, but which may be understood as Jesus` Woman.

Jesus` crucifixion tells us that men don`t want fourfold enablement, but homosexual marriage, betrayal, torture and divorce, which is an eternal cycle of death and rebirth for Woman in endless reincarnations of unconscious blindness and torment rather than that Resurrection in completeness of memory, which Jesus` Ascension signifies. 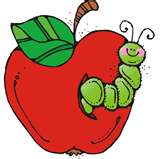 Homosexual marriage with her parasite, that is, betrayal, torture and divorce/death for Woman, is what men`s psychology is. The `eye` or desire to `touch` is connected to the ear, which is `Thinking`, and so what is created by the mind, for example, any beautiful and good structure or development, is connected to the anus and, from there, to the mouth (`Feeling`), which is why men sought to drink all the Kuwaiti oil, devour the `Big Apple` of New York`s World Trade Centre, eat the pearl from the oyster of Pearl Harbour, drink all the oil in Iraq, and so on. The function of `Intuition` is devised by homosexuals, that is, men in marriage with women, to enhance their premeditated aims of betrayal, torture, and divorce/death. Woman`s `Intuition` is that shit is being eaten, and she can `smell` it, which is what her torturers want to hear from her. Hear me.

The apple in Eden, and the `Big Apple` of New York, symbolize Woman`s attainment to knowledge and wisdom, and when she gives it to her man he becomes a worm, because he is. Britney`s Oops I Did It Again is `worm psychology`, and she understands it. The spaceman wants to be the `worm` in Woman`s `apple` there. 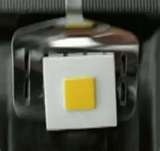 In Britney`s single Womanizer there are four of her, because there are four functions of consciousness, symbolized by the square egg, which is four-sided, and the yolk is the ego. The four versions of herself are the housewife (marriage), the office secretary (betrayal), the waitress (torture), and the chauffeur (divorce/death). 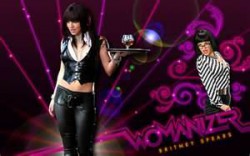 The motif of the tray signifies betrayal in potentia. Just as the `toe` saves her heart in Oops I Did It Again, so the tray with the brandy motif symbolizes a `splitting of the psychological function`, which is `Feeling` because it`s associated with the mouth, and speech under the `tutelary guidance` of the Holy Spirit, or the devouring red dragon of Revelation. Red haired Britney represents role play (portrayal), or betrayal, that is, play or danger. In Oops I Did It Again she tells us: `I`m not that serious.` She prefers play, because serious is `red for danger`. Oops I Did It Again is post Iraq war I (1990-1) in which Kurdistan is the `ghetto`, and that`s why Saddam Hussein was the `apple` there; he gassed them with poison, so he was the `knowledge of evil` from `the fruit of the tree`. 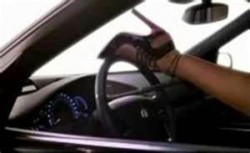 As the `chauffeur` in Womanizer, Britney caresses the steering wheel of the car with her foot to signify that the toe is in the car with her. He is but the car steers itself also, which suggests that the Holy Spirit is with her. Her foot on the wheel signifies `futanar`, that is, Woman with a penis, but her toe`s not actually needed and her passenger disappears at the end of the video`s `gay` activity. For a woman who loves a man, it`s a portrait of Redemption. She`s the four functions of his consciousness, and futanar is what she`s prepared to become, which is Woman as her Man – as God intended.

The apple of Eden is God`s omniscient knowledge and wisdom, whereby Man becomes Woman through faith and God`s omnipotence. Originally, Eve came from the side of Adam, so they were one hermaphroditic being, and the Paraclete comes from the side of Jesus as the `Second Eve`, or continuator of God`s plan, which means that hermaphroditism is the centerpiece of God`s Revelation to the woman `hidden` upon the Earth.