Oops She Did It Again! > The Apple of the Eye of America

The Apple of the Eye of America

The Apple of the Eye of America 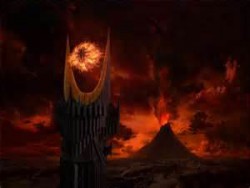 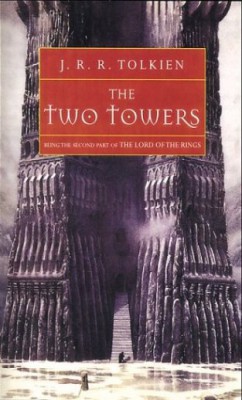 In the psychology of Carl Gustav Jung (1875-1961), woman is described as `opinionated`. A beautiful woman is the cynosure of all eyes and it is men`s opinion. In other words, men share an opinion of her as `the most beautiful woman in the world` - as Britney Spears (1982-) was once voted, for example. According to Jung, woman`s spirit, her animus, perceives itself as surrounded by men who admire her. But, if she doesn`t do as they want, her mind is `opinionated`.

Wooing is based on the eyes` `opinion` and, convinced, marriage ensues. If the woman`s opinions differ, she`s possessed. In 1001 Nights Shah Jehan beheads his wife because he holds to the false opinion that she`s faithless. In other words, she is not possessed because she doesn`t have his opinion.

TV is the cynosure of all eyes in the 21st Century, and American TV is the benchmark. 9/11 was the `Big Apple` of the eye of the world as a cynosure on TV. New York was being viewed as `Babylon, Mother of Abominations`, that is, the actual historical Babylon lay within the boundaries of Saddam Hussein`s Iraq. But, in the terrorist`s opinion, New York was possessed. She represents a woman to be possessed by men who wanted her to have their opinions. 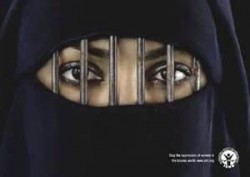 9/11 was what is termed an example of men`s collective shadow projection. Arabia views the United States as an `opinionated woman` because she`s visible. Arabian women wear the abiyah, which conceals everything but the eyes. Men`s opinion of the woman is what they are allowed to see, and it is not permitted to look. Men are said to have contracted the `evil eye` because they blame Woman for their own blameworthiness – as Shah Jehan blamed his wife though she was blameless. 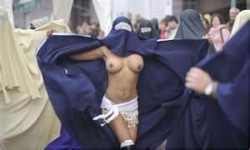 As the `Big Apple` of `Mom`s Apple Pie`, that is, her eye, America`s New York is a beautiful woman to Arabian eyes; but they`re possessed by the `evil eye` of themselves when they look upon her. In other words, `America the Beautiful` is the cynosure for Arabian terrorism because she is Woman and Arabian men have the `evil eye` because they perceive Woman as blameworthy rather than work on integration of their shadow-projections, which in Christianity is called Redemption, that is, acceptance of `God`s love` (Luke: 10.27) from the teachings of Jesus through the power of the Holy Spirit – the Paraclete emergent from Jesus as the `Second Eve` when his side was pierced by Longinus` spear at Jesus` crucifixion prior to his Ascension to God (Matt: 1 John: 2.1).

New York`s `Big Apple` is the Woman`s. Jesus` Paraclete`s worked for Redemption and what men with the `evil eye` won`t work for because they don`t accept Jesus` teaching that `God`s love` – Woman`s – Redeems. Their understanding is that she`s evil, whereas they are. Those who persist in viewing Woman as the `temptress` Eve – who gave Adam the `knowledge of the fruit of the tree of good and evil` (Gen: 2.9) - haven`t accepted Jesus` - and Woman`s - Redemption.

The apple of the eye of America is Woman`s. Her eye is Redemption, and so is her apple. It is the apple of immortality which, in Revelation, is Jesus` new heaven and Earth. It is new because, as futanar, Woman has her own penis and doesn`t need men. She is a separating species, as indicated in Eden when God gives her to Adam from his side, and the Paraclete - as Eve`s eternal spirit - effectively emerges when Jesus` side is pierced by Longinus` spear during the crucifixion. She is preparing to separate from men, which is the reason for Jesus` teaching Redemption. If men do not accept her, they shall have perdition and she`ll leave.

In Eden the serpent is told there shall be `perpetual enmity` between it`s `seed` and the woman`s `seed` (Gen: 3.15), which suggests that the woman has a penis. God promises her `seed` eternity, and perdition for the serpent`s. She shall `bruise the serpent`s head with her foot` as she leaves. Man`s Redemption is dependent on accepting that he is Eve, and not only Adam, that is, Adam and Eve were originally One as Hermaphrodite; or, as it says in the Bible: `Male and female He created them both.` In short, Woman is man and Jesus` exhortation to `love thy neighbour` reflects upon this. It is a difficult path to tread for a man, because it necessitates loss of ego and acceptance that the woman is you.

In Britney Spears` Hold It Against Me (2011) video, the concept is that she has a `beautiful body` and she wants to know if the man wants to `hold it against` her, that is, does he hold her body against her - as a grudge - or does he want to hold her to his side – as the Paraclete? Those with the `evil eye` hold her body against her – as Al Qaeda held a grudge against her and the United States on 9/11 in 2001. In the video she has an eye with two pupils, which suggests the education of male and female as one in accordance with Jesus` teachings of Redemption.

In Jungian psychology the eye, ear, mouth and nose are associated with the functions of consciousness, that is, `Sensation`, `Thinking`, `Feeling` and `Intuition`.1 These have to receive differentiation if the totality of the `Self` is to be actualized. Obviously, if oneself is dual, the eye with two pupils is more than symbolic. Hold It Against Me features Britney`s `made up` lips and mouth, which suggests functional differentiation, and surrounded by an array of microphones she has the ears of the world – as the Paraclete speaking to the mind of her devoted listeners.

Britney has said she is bisexual, but her material points to the psychological - and physical – bisexuality of Hermaphrodite. Surrounded by TV screens showing images of herself she`s her animus without men`s admiration: a cynosure for her own eyes without their opinions possessing her. With an evil awareness, TV is transvestisism, that is, Adam and Eve are wearing each others` clothes. 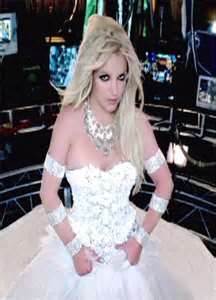 The perception in Hold It Against Me is that Woman is both Eve and Adam, but her evolution is as Woman. This is why she has her own penis, and she educates herself out of men`s cynosure because that`s `sin knows ya`. In other words, they don`t accept Redemption for her because they prefer to see with the `evil eye` and say she`s `tempting` them to love, which is evil because that`s what Redemption is - love.

Self-actualization requires differentiation of the four functions - `Sensation` (eyes), `Thinking` (ears), `Feeling` (mouth), and `Intuition` (nose). The spear is associated with `Intuition` and the Paraclete - or `she who knows you`. Britney Spears is, therefore, the Holy Spirit`s representative. Longinus held the spear against Jesus` side and the Paraclete emerged. How long are men going to hold it against her that God`s paradigm is that she`s for teaching men to differentiate good from evil?

Longinus` spear is the Spear of Destiny, and Britney Spears represents the American Dream and Manifest Destiny, which is development and progress in innocence without threat. Jesus` Second Coming with the Sword to slay the dragon of Revelation represents the removal of the threat to innocence (Rev: 12. 1-18). God creates a new heaven and Earth – ostensibly for mankind. But Jesus is the archetypal hero come for his bride, the Woman of the Earth that has been teaching man`s soul here in spirit – as the Paraclete - and body since his Ascension. She is not a young girl, but ancient in her wisdom and knows that Woman is a separate species with her own penis and that Jesus comes for her. Men who can`t accept that they`re Woman remain irredeemable and perdition ensues. Essentially Woman goes to heaven and men go to hell.