Oops She Did It Again! > Shekinah Thing

In the Catholic Communion Service, `bread and wine` are taken by the congregation from the hands of the priest in toke of Jesus` `body and blood` and his Redemption of them through his murder by the Romans during the occupation of Palestine when he was nailed to a wooden cross and tortured to death before his Resurrection and Ascension to heaven. The priest`s wafer is `the host`, because Jesus was the host at the `Last Supper`, where he gave `bread and wine` to his disciples, as symbols of his `body and blood`. Judas betrayed the host be giving Jesus over to the Romans as a dissident speaking against the Roman Empire, and so the wine symbolizes his spirit, that is, the Holy Spirit, which before his Resurrection and Ascension Jesus promised would teach after him. (1 John: 2. 1). The host is the body taught by the indwelling Holy Spirit, through what developmental psychologist Carl Gustav Jung (1875-1961) called the ego-personality and the soul. Although the practice of `testing the spirits to see if they are evil` (1 John: 4. 1), suggests evil spirits can infect the host as parasites.

In Christian thought the Holy Spirit is perceived to be that of Jesus returning to Earth in order to continue teaching; but the Shekinah that dwelt in the Jewish tabernacle, where the Ark of the Covenant containing the tablets of the law of Moses was kept, was known as the glory of God and travelled with the Jews during their exodus out of slavery in Egypt (Ex: 40. 35) and was female. Consequently, the Shekinah is soul and spirit, because she`s the yearned for `woman`s seed`:

Wherever woman shows wisdom, she is `Shekinah`, and `Shekinah` is present where man yearns for her. The Roman guard at Jesus` crucifixion, Longinus, pierced the side of Jesus with his spear (Matt: 27.54) because the first woman Eve was from the first man Adam`s rib, according to the Bible, and Jesus was known as the `Second Adam` because the `Second Eve` was to emerge from his side as the `Shekinah`, or spirit of Eve renewed as the Holy Spirit. Jesus is called by the Christian church `the bridegroom` (Matt: 9. 15), while the church is `the bride`, because `woman`s seed` is `Shekinah`.

The problem arises when the Holy Spirit is preached as male, that is, `washed in the blood of the lamb,` (Rev: 12. 11) is imagery more provoking of war than forgiveness; especially as Jesus was murdered. However, it`s the meaning of Jesus` birth as a man uncontaminated from his mother, the Virgin Mary, prefiguring the Resurrection and Ascension of `woman`s seed`, that is, `futanarian` women with their own penis` semen and host wombs for the sexual reproduction of their own brains` powers to liberate them from parasitism that is Redemption, while men must repent and convert from their sin of enslavement through murder to be redeemed by Jesus` blood.

The teaching of the Paraclete isn`t the parasitical thinking of evil spirits that want the body for its host, and the wine of the love of the Shekinah as a slake for its bloodthirstiness. The body is the host of the Shekinah but sidling parasites aren`t beside the host of God.

Men who hate women are misogynists, who`re attracted to the tormented figure of Jesus upon the cross, because he`s the first of `woman`s seed`. The archetype appears throughout human history. France`s Joan of Arc (ca. 1412-31), who fought the English and had faith in God, was burned by the French themselves as a witch. Christ-like figures are tortured for being womanlike, because they should be.

In the Gulf war (2003-) Saddam Hussein`s fire fight with the United States was begun by his terrorist group Al Qaeda`s crashing of hijacked planes into the Twin Towers of the World Trade Centre as an act of `rough trade` designed to precipitate that homosexual brutality and violence associated with men`s socio economic enslavement of women to war in parasitism. Consequently, Al Qaeda were `dead wood`. The United States opening of an internment camp for US Moslems at Guantanamo Bay in Cuba reflected badly upon the United States as the reason cited for the invasion to depose Saddam Hussein in March 2003 was his attacking his own people in Kurdish Iraq. 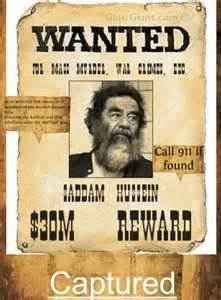 The New Colossus is a sonnet by Emma Lazarus (1849-87), written in 1893 and, in 1903, engraved on a bronze plaque and mounted inside the statue of Liberty in New York harbor:

`Give me your tired, your poor,

The wretched refuse of your teeming shore.

Send these, the homeless, tempest-tost to me,

I lift my lamp beside the golden door!`

The Twin Towers, completed in 1971 as the symbol of free enterprise, were where the Gulf war conflagration started. Although Liberty holds a naked torch, the American Dream is of Manifest Destiny, because Longinus` spear that birthed the Shekinah from the side of Jesus, as the renewed ancient teaching spirit of humankind, was known as the spear of destiny, that is, the Shekinah was destiny to come.

In the pop song,`Piece of Me` (2007), Britney Spears sings, `I`m Miss American Dream since I was seventeen.` The `American Dream` since 1776`s Independence Declaration from the British Empire of George III  is progress and development, which is why Britney Spears` in `Oops! … I Did It Again` sings, `I`m not that innocent.` Because destiny to come needs wisdom as a guide.

The Shekinah appears in the Koran of Islam`s Prophet Mohamed, dictated by the angels of God, according to Moslem tradition, where she`s `certainty` in `The Cow` Sura 2 (l. 248), `Repentance` (9, l. 26, 40), and `Victory` (48, l. 4, 18, 26), because the worship of Satan isn`t certain to transpire upon the Earth. The modern symbol of Islam in Saudi Arabia is the Kingdom Tower, which looks like the eye of a needle requiring a thread for to sew. The whimsy is Scheherezade, the storyteller of Shah Jehan in the 8th century One Thousand And One Nights, who wrongly beheaded his wife for unfaithfulness with his brother. Scheherezade saved the women of the kingdom by telling him stories each evening, which he wanted to continue the next evening. Otherwise he would have cut off her head as became his new practice after marrying another woman each day and beheading her each evening as a  punishment for his wife`s perceived unfaithfulness. 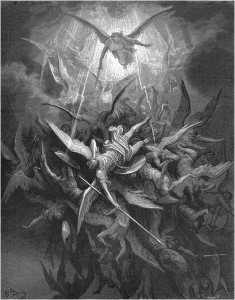 Scheherezade symbolizes the problems attendant upon the keeping together of an Islamic Caliphate. Successive Caliphates arose after the Moslem people began to spread throughout the Middle East in acceptance of the Koran (610-30 C.E.). Shah Jehan was an Indian Mogul and his wife Mumtaz Mahal`s tomb, the Taj Mahal, is in the city of Agra in the Northern State of Uttar Pradesh, while the story of Aladdin and the genie of the lamp is Chinese. Consequently, the Kingdom Tower in Riyadh, Saudi Arabia, is a symbol of woman`s continuity. Perforce she has to produce both male and female offspring, while her boy sons are her poisons. Men will destroy her as her virus and her devouring parasite; if she doesn`t have a story to save her and a needle to sew on her penis, which is what the goddess Isis did for the god Osiris in Egyptian mythology, and Jesus` mother, the Virgin Mary, sewed his penis on without a man`s: 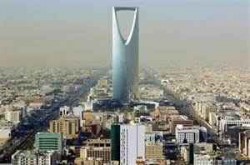 Having devoured the woman`s penis, men want to remove her brains, as Shah Jehan`s story relates, because they`re the enslavers of the human species` host womb in parasitism, and an intelligent woman is `Shekinah` and their certain enemy.