Oops She Did It Again! > Mrs Myth

The `Woman clothed with the sun and with the moon at her feet` in Revelation gives birth to the child who `rules the nations with an iron sceptre` (Rev: 12.1-18) while a red dragon waits to devour it. This is about the negotiations Woman has to make with men in order to produce. The traditional perspective is that Woman doesn`t have a penis, so cannot produce herself. This is not the truth. Consequently, men are Satan`s, Satans, and Satanism to her, because they want `ownership of the means of production`, as German philosopher Karl Marx wrote in Das Kapital (1856), which is Woman, and Woman is not aware that she has an alternative.

The Paraclete is the Holy Spirit, given by God after the Ascension of Jesus, to be the teacher, guide, comforter and helpmeet of mankind, but the dragon represents men who are devourers of what she produces, and therefore they are the antithetical `war, famine, pestilence and death` of the biblical `apocalypse` of Revelation, which is the prophecy of the events preceding the destruction of the Earth, and God`s giving of a new heaven and Earth to the good, who fought to remain good, while the evil destroyers receive perdition, that is, eternal unendurable pain, as their punishment.

Satan was the angel who rejected God`s plan that the human host be greater than the angelic and was transformed by God into a serpent in humanity`s original paradisal home, `the garden of Eden`, where the serpent, Satan, preparing to be the devouring `red dragon` of Revelation, gives Eve the `fruit of the tree of the knowledge of good and evil` (Gen: 2.9), that is, slavery in death`s ephemerality, `You shall be as gods.` (Gen: 3. 5) In Revelation the serpent is grown to the size of a dragon, but waits in vain to devour the child, who will `rule the nations with an iron sceptre` on behalf of `woman`s seed`, that is, the woman that bore the `New Redeemer`, who is descried for Eve by God in Eden, `You shall crush the head of the serpent with your foot, but he shall bruise your heel.` (Gen: 3. 15) Jesus` birth from the Virgin Mary, his mother, uncontaminated by male semen, is depicted in Christian iconography as her crushing the head of the serpent with her `foot`, because futanarian human women have penis` `seed` of their own for the sexual reproduction of brainpower, which is `woman`s seed`. Satan`s `red dragon` is the bane of Woman because, without her, men can`t produce, and what she produces they devour as parasitoid natures.

God tells the serpent that there shall be `enmity` between it`s `seed` and the Woman`s `seed` (Gen: 3.15), because the serpent is the parasite preying on the humans species` host womb. Eve was innocent in Eden, and the `American Dream` is progress and development in innocence without threat, and so Osama Ben Laden`s Al Qaeda terrorist group operating out of misogynist Taliban governed Afghanistan on September 11, 2001, threatened the USA when it hijacked civil airliners and crashed them into the Twin Towers of the World Trade Centre in New York city to establish `rough trade`,1 that is, the `brutality and violence` associated with homosexuality in pederasty for warfare against `woman`s seed`, which had been continuing in the West since ancient Greece`s institutionalized host womb enslavement of women for war, and in the East since the founding of the city of `Babylon` (c. 4000 B.C.), who is described as `a woman` in the Bible: `Mystery, Babylon the great, mother of harlots and of the abominations of the Earth.` (Rev: 17. 5) . Innocence isn`t wilful blind unconscious ignorance, and the absence of `woman`s seed` is an evil oversight of pogromers who don`t want humans on the Earth`s stage. 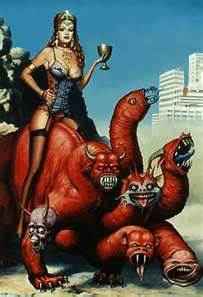 Hollywood is often called `Babylon` who is called `whore`, because women are host womb slaves in parasitism to men`s devouring parasitoid nature, which is what the Hollywood Los Angeles` propaganda `action` films have been producing since D. W. Griffith made Old California (1910), and Will Hays` code (1930-67) banned women`s futanarian `foot` from being seen to be raised in the bedroom: `… women, in love scenes, at all times have `at least one foot on the floor` (in other words, no love scenes in bed).`2 Women have their own penis` `seed`, so can produce civilization, culture and art without being devoured by the parasitoid she perforce bears. Consequently, God`s Redemption is for Woman, because men won`t leave her alone, which is what Jesus said to Judas when he suggested that the expensive perfume a woman anointing Jesus` feet with should be sold: `Leave her alone.` (Mk: 14. 6)  Judas, who was known for stealing money from the collection plate, sold Jesus to the Romans for `thirty pieces of silver`, because he didn`t want `woman`s seed` to sexually reproduce and escape his parasitism. Taken to the hill of Calvary outside the city of Jerusalem Jesus was nailed to a cross of wood by agents of the Roman Empire then occupying Jewish Palestine and left there until he died, although his subsequent Resurrection and Ascension to heaven prefigures that of `woman`s seed`, but it`s doubtful that men will let women go, which is why the Bible says there`ll be war in heaven, between evil from the tree of Satan, and good from the tree of God.

War is destruction of what Woman produces from her womb despite the parasitoid`s depredations, so it`s men`s attempt to exterminate women`s human futanarian species. Jesus understood that humans want God, whereas men want men, but need women`s host wombs. Jesus taught Redemption but men crucified him: `Love your neighbor as you love yourself.` (Mk: 12. 31) What he didn`t say was that women didn`t want men either, although he said that the Holy Spirit, which is the female Shekinah, or `spirit of God` in the Old Testament (Ex: 40.35), who dwelt in the place of the law, which Jesus distils as `God`s love` (Matt: 22-39), that is, the Paraclete, would teach after his Ascension (1 John: 2.1). Consequently, the Roman guard Longinus` spearing Jesus` side after his death was an attempt at a `caesarean` section to birth the Holy Spirit as the `Second Eve` from the side of Jesus as the `Second Adam` because Eve, the first woman, is described in Genesis as emerging from Adam`s rib by his side: `Surely, this was the son of God.` (Matt: 27. 54) And the daughter, because God`s `love` is human women`s futanarian `spirit of Eve`, who`s wiser. 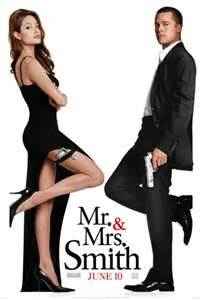 Jesus` defeat of Satan in Revelation is his defeat of those who don`t want God`s Woman and humans, and who create women in their own image, which isn`t human. Women in the military as destroyers of what other women have produced is a perversion. Mr and Mrs Smith (2005) are a couple who try to kill each other. Angelina Jolie is the actress `star` of the movie, and her husband in real life, Brad Pitt, was her actor co-star. Presented as entertainment, it`s `red dragon` of Revelation seeking to devour Woman. In accepting a role as a killer of his wife, Brad was accepting the `spirit of Satan`. Without Woman, men are sterile and can`t produce, which means they want Woman to be garden fertilizer. Emerging from the host wombs of women`s human futanarian species as parasitoid devourers of the civilization, culture and art women are still able to produce despite men`s depredations, men are women`s sterilizers rather than her fertilizers. Woman`s productions are God`s and so men`s reduction of civilization, culture and art to garden fertilizer is a coprophile`s war against God.