Oops She Did It Again! > Britney Spears with Goldmembers 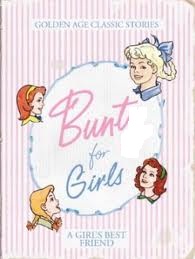 `My name is Dita, I'll be your mistress tonight.`

Britney`s personality seems dual in `If You Seek Amy`, where she appears in bedroom scenes after what appears to be an orgy, and then in public as a perfect wife and mother giving `mom`s apple pie` to the press while her children and husband look on adoringly. `If You Seek Amy` refers to the star`s `binary` nature in that she`s `twinned`, that is, necessarily schizoid, because private acts are radically different to public appearance. Her plurality, that is, her on screen `split` personality, was evident as early as the `scifi` promotional video for the single, `Oops! ... I Did It Again` (1999), where she appears in a red pilot`s suit hoisting her spaceman visitor to the red planet, Mars, above herself `twinned` in a white bikini dress so that he can film her with his camera, which suggests she`s desirous of `bigamy`, and that`s the reason for the injunction to the viewer to pick `Amy` as the desirable persona in `If You Seek Amy` (F*UC*K Amy). Britney`s a multiple personality, which is `big Amy`, that is, `bigamy`, and has to be divorced from Britney, because `normal` for men is monogamy, although for women who`re futanarian with their own penis` semen species` sexual reproduction with each other isn`t bigamous but `Monarch Amy` (monogamy), because they`re a single race, that is, `bigamy` is women`s human nature.

In the promotional video for the single, `My Prerogative`, from her Greatest Hits album, My Prerogative (2004), Britney` has a dual personality also. In the grey and white sequences she appears merely celluloid, because colourless, and that`s related to `noggering`, which is a practice illegally deployed by Masons, often with the tacit consent of local governments, who keep people known for creativity imprisoned in virtual isolation within communities to force them to create and produce, that is, add `local color`, whereas the creative individual seeks to escape from their prison and go to Hollywood, for example, and make movies.

Because `big Amy` signifies `Monarch Amy`, that is, a monogamy of women, which is `bigamy` to men`s perception of the human futanarian race of women, although the term is redundant for a single species, rather than a host womb enslaved in parasitism to produce a single male brained transvestite creature who wears men`s and women`s clothes, which is what `TV` is. Although sexual repression is the basis for slavery`s `noggering` of the imprisoned and isolated human to produce creative `local color`, rather than international `blockbuster` movies, sexual freedom is necessary if human women are to change Hollywood, which is what `nogger` means for them, so Britney`s `snog` with Madonna and Christian at the VMA MTV Awards represents a desire to espouse technicolor, rather than the `drab` of `My Prerogative`, who is depicted as being `noggered` in slavery, although the grayed out colorless film suggests Britney`s is a `snuff film` character being prepared to `star` in monogamy, that is, the singles` game of `TV` transvestite entertainment, which is mourn, `nogger` me. 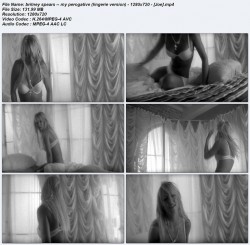 Britney was married for less than three years in total; to Jason Alexander in January 2004, before annulment, and Kevin Federline in September 2004, before divorce in July 2007. `My Prerogative` suggests she`s a `multiple personality`, because she`s `noggered`: `People can take everything away from you.` She`s developed schizophrenia as a means of producing herself in slavery to escape the `noggerer`. Britney performs the single Boys immediately after the main title sequence to Goldmember (2002) where she appears with guns in her bra, which she aims and fires at Mike Myers, the character actor who plays the spoof sixties` style secret agent, Austin Powers. Dr Evil is Myers` antagonist, and he has a clone called `Mini Me`, because he isn`t `Bigger Me`, that is, `bigamy`, who is evil because he represents the `one game` of `snuff films` in which men aren`t `big Amy`, that is, `Monarch Amy`, who is the single species of human futanarian women, but `bigamy` as the parasitical single male brained creature in monogamous enslavement of the host womb of a species not its own to devour it as its parasitoid.

In character as Austin Powers, comedian Mike Myers appears in Boys alongside Spears making `rabbit`s ears` signs, which are Playboy magazine`s symbol for women in male braining, who aren`t futanarian women with penis` semen of their own for the sexual reproduction of their species` brains` powers for liberation. Playboy features nude women without penis of their own, and Boys features Britney`s `bra guns` as well as her head exploding, because humans are bred by men as `snuff film` entertainment:

Gone to get a rabbit skin

To wrap the baby bunting in.`

America`s national sports are baseball and American football, where `punting` is a part of the `game`. In baseball `bunting` is a `rib`, which is defined as a `suicide run` in which a success isn`t assured. Because Eve, the first woman, emerged from the `rib` of Adam, the first man, created by God, according to the Bible, human futanarian women`s success isn`t assured in Playboy America. In the promotional video for Britney`s single Hold It Against Me (2011) she appears fighting an alter ego, that is, a woman by her side, which suggests she`s against women from women. In America the baseball legend is Babe Ruth, while the name `Ruth` means `companion`, that is, `bunting` the `companion` by one`s side is suiciding her, which is what heterosexuals do to the human futanarian single species of women who they don`t want by their side or hers either.

`In a sacrifice bunt, the batter will put the ball into play with the intention of advancing a baserunner, in exchange for the batter being thrown out. The sacrifice bunt is most often used to advance a runner from first to second base, although the runner may also be advanced from second to third base, or from third to home.`1 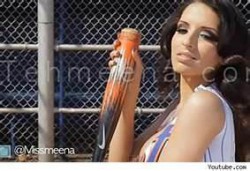 The `bunt` is similar to the `punt` in US football, where a kicker has to `punt` if the team can`t make the ten yards needed to move forward and so, rather than have the opposition start from where they`ve failed to progress further upfield, the kicker `punts`, that is, kicks the ball as far away from the now defending team`s end zone. Then the opposition, in their turn, have to move the ball upfield and get the ball into the hands of one of their players in the end zone for six points and a `touchdown`. After that the kicker has an opportunity to increase his team`s score another single point by kicking the ball through the goalposts before the ball is given back to the other side and it’s the turn of the other team again to try to score. When Britney Spears` spaceman, `Mars Lander`, arrives on the red planet, Mars, to visit her, it`s a `touchdown`, which was the term adopted by the North American Space Administration (NASA) to indicate the landing of Apollo 11`s astronauts on the moon`s surface in 1969 and has been used ever since:

`One small step for a man, one giant leap for mankind.`2 Because women`s human futanarian species` `egg` is what the spaceman and the American footballers are playing with, `punting` is a celebration of the `game`, that is, the race`s ova, because women`s futanarian `foot` (https://www.futanaria.com) won`t ever be on Earth`s satellite, the moon.  The race`s over. Snuff movies are torture for the loved ones as well as the pitchers` victims. Consequently, the movie Sophie`s Choice (1982) is a `baseball` film where Meryl Streep decides whether to give her son, or her daughter, to the `Nazis` for extermination in the 1940s, because it`s a `suicide run` in the reality `snuff movie` game against human futanarian women`s desire to be a single species, and with no chance of success for the child Sophie decides to `bunt` from her side. In Judaism Jews are born only from women, that is, women are Jews, so Sophie `bunts` her son, rather than suicide the species. In Goldmember, Britney`s Playboy character`s `bra guns` indicate that, when it comes to `bunting`, she celebrates with the `snuff film` crew:

Don't give the farmer his fun!

He'll get by without his rabbit pie